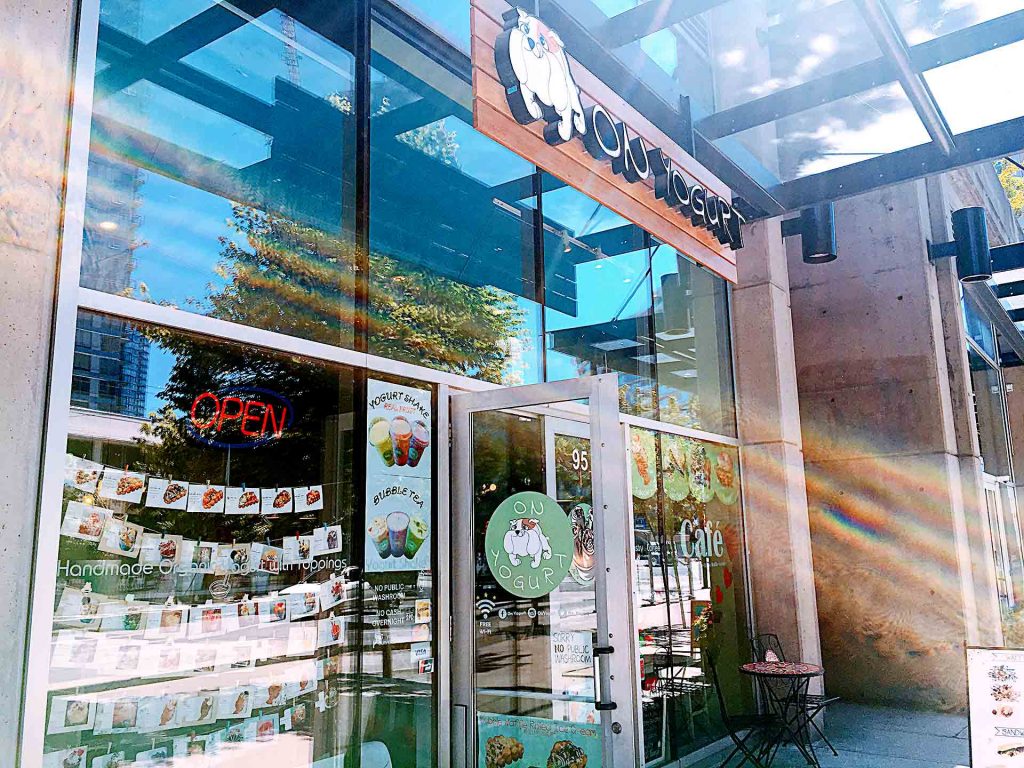 I see these desserts everywhere – tagged from the streets of New York, to the bustling cities in Seoul, to the upscale cafés in Hong Kong. And we finally have it in Vancouver: fish with ice cream! Just kidding, but not really. This Instagram-worthy fish-shaped dessert is ice cream Taiyaki, and you can find it at On Yogurt.

I walked into On Yogurt when it was quiet, but this didn’t last long. People were bustling in to get their hands on a creative-looking dessert like their Taiyaki Rolled Ice Cream. Though shaped like a fish, On Yogurt’s Taiyaki has the texture and flavor of a waffle. The baked hollow shell is full of sugary goodness: freshly rolled matcha yogurt gelato, sweet dessert red bean, Pocky sticks, whipped cream, and two flaky shortbread crackers. 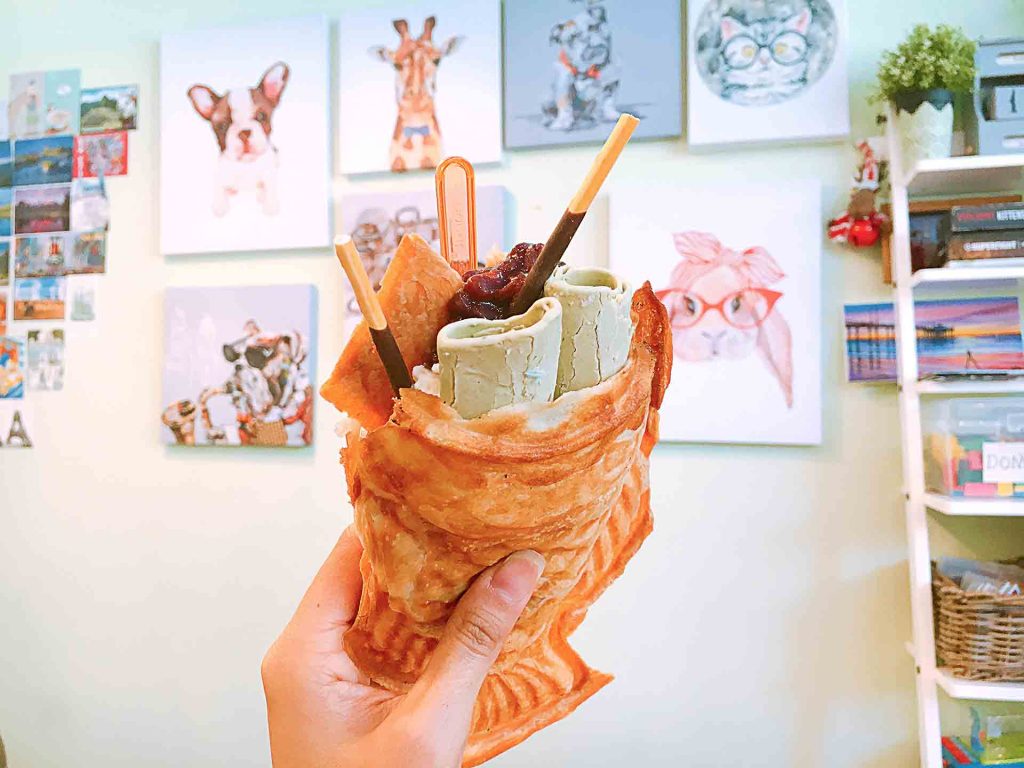 When Katy Perry sang “Hot ‘n Cold”, she must have tried On Yogurt’s Taiyaki. What I loved about this dessert was that everything was freshly made. So, the Taiyaki was still warm and crisp when the barista handed it to me. 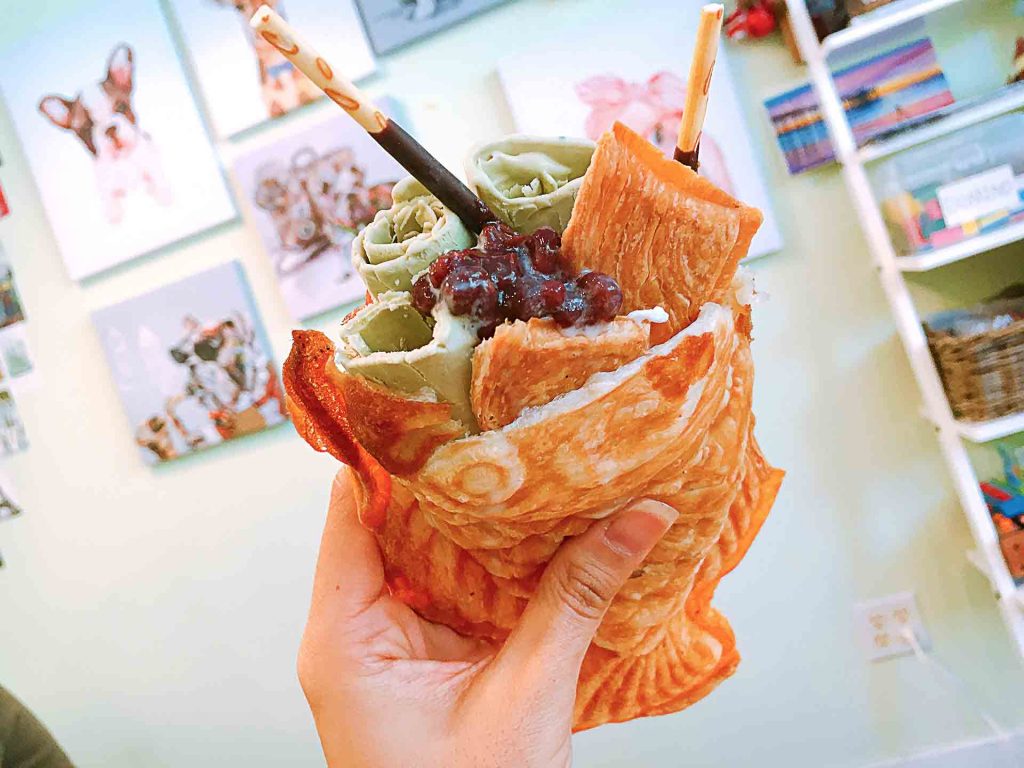 The rolled gelato was made fresh using the “Ice Fried” method, which flash freezes the yogurt to -35 degrees. When combined together, the Taiyaki and gelato could’ve been a liquid sticky mess. But, the crisp layer of the Taiyaki was strong enough to hold the gelato, even until the end. The ice fried matcha yogurt gelato was so cold and crispy, keeping its form until the end as well. Even on the last bite, when there were a few drops of matcha left, the Taiyaki never dripped. 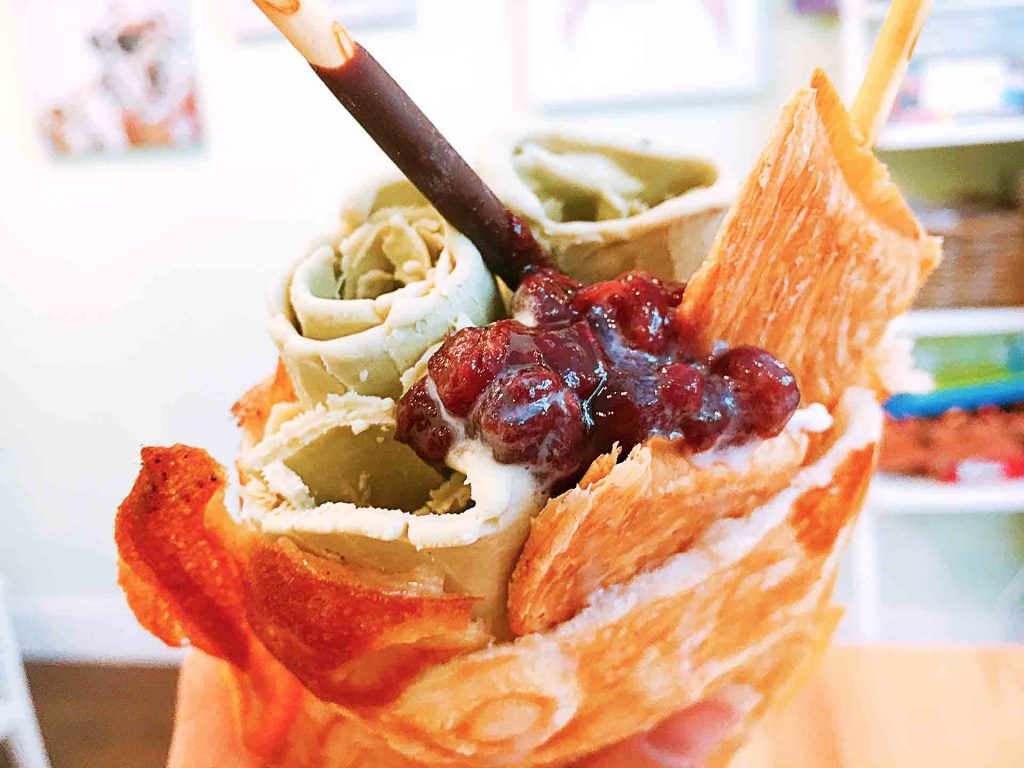 The shell itself was warm, flaky, and intensely buttery. The matcha yogurt gelato was also flaky, but in another sense. It was so cold, it felt like icicles of matcha – perhaps a distant cousin to the infamous shaved ice? This yogurt gelato was refreshing with a strong, distinct matcha taste. But the creaminess of the yogurt meant it was never bitter. And while the other toppings were sweet, the main players shined in On Yogurt’s Taiyaki Rolled Ice Cream. 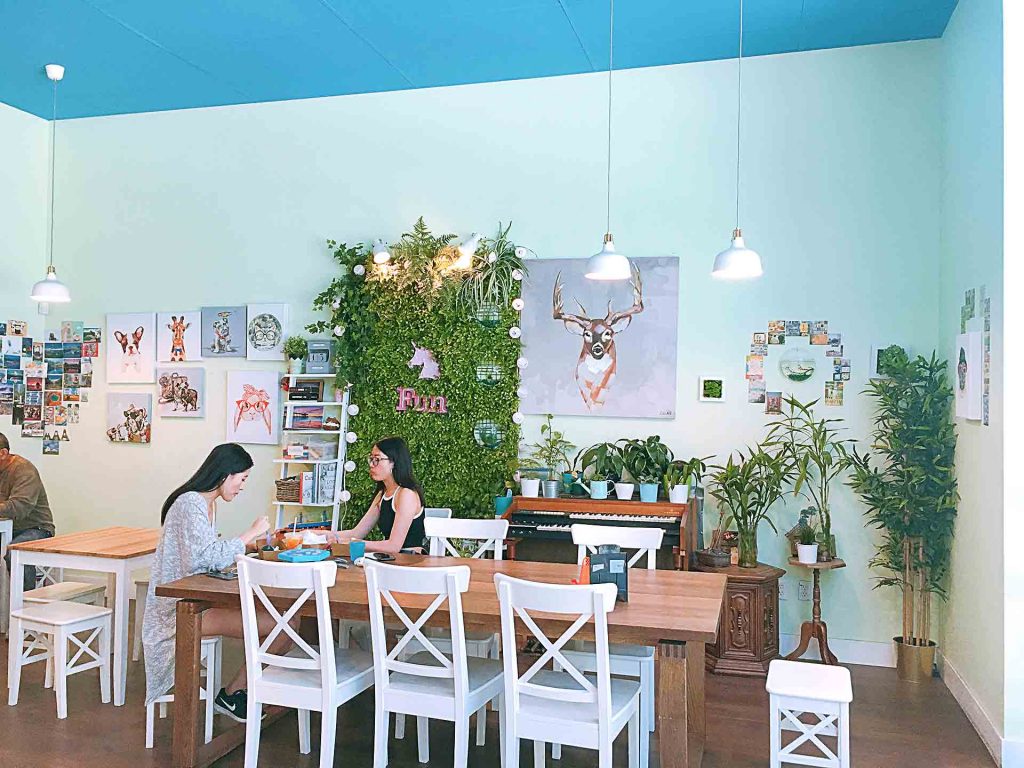