The Authentic Spiced Chai for Your Moment of Bliss 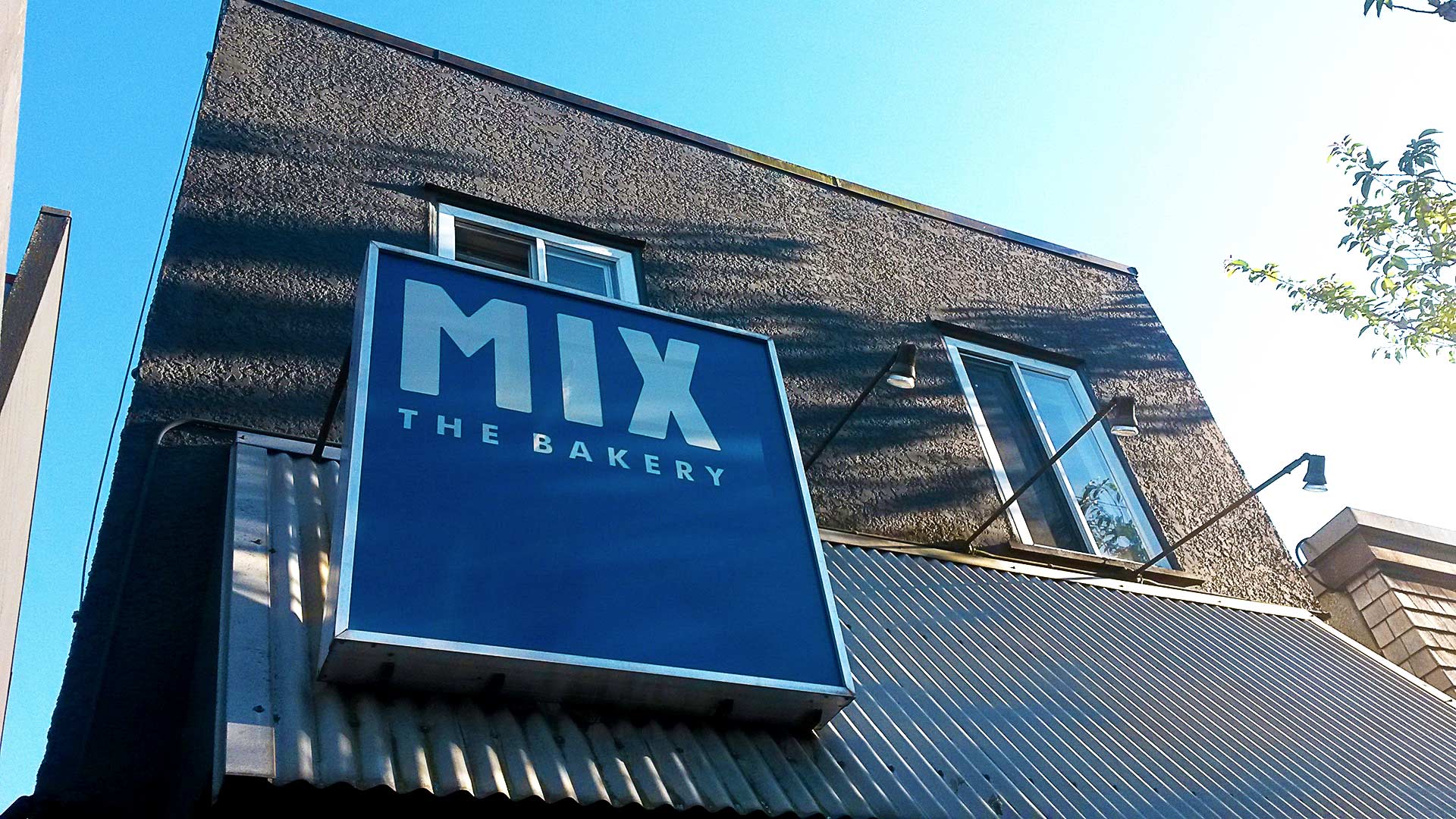 A chai tea latte may sound pretty pedestrian to an average specialty coffee drinker like me, but this one’s made entirely in-house. No mixtures. No chemicals. It isn’t the least bit corrupted. Everything about Mix the Bakery is real and handcrafted. 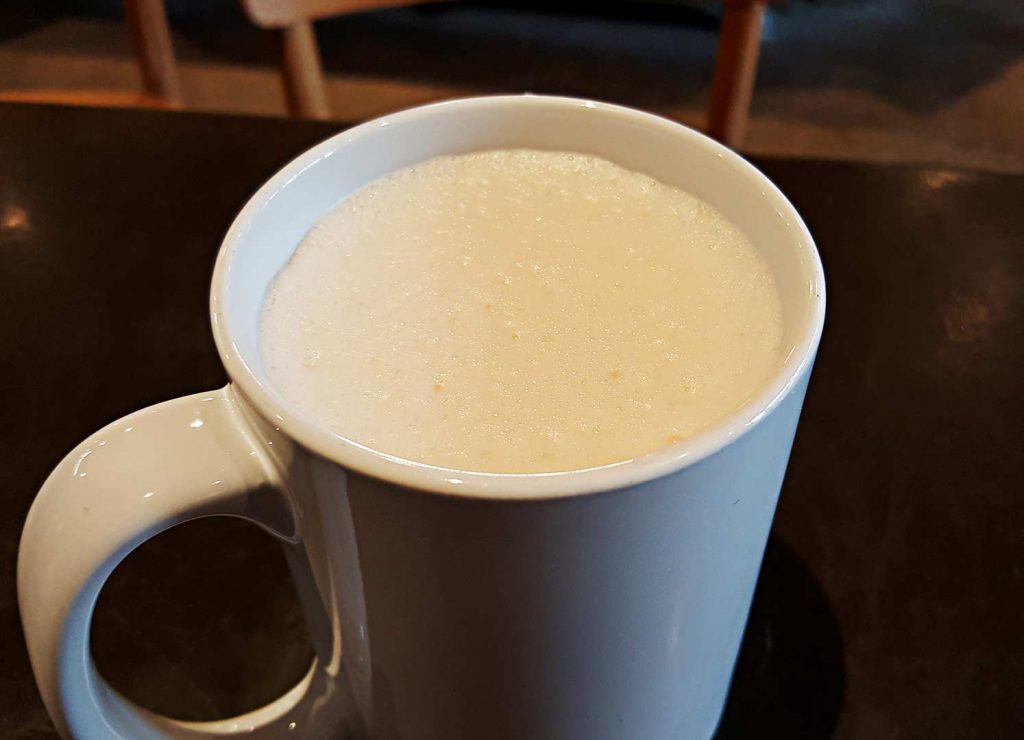 Like alchemists of the caffeinated world, the fine people at Mix futz with the spices themselves.

They avoid the tooth-aching sweetness and fraudulent flavour of syrup you’d find in a good number of chai lattes. This results in a drink that actually tastes like… chai! What a concept!

The chai at Mix is also served hot; none of this lukewarm business. Any good barista knows that both coffee and tea need to be served at piping hot temperatures for the flavours to fully evolve. I want the sweltering heat to melt the paint off the walls. I want to sweat. We, as consumers, just need to be patient until the hot drink cools to a safe, non-café-suing temperature. 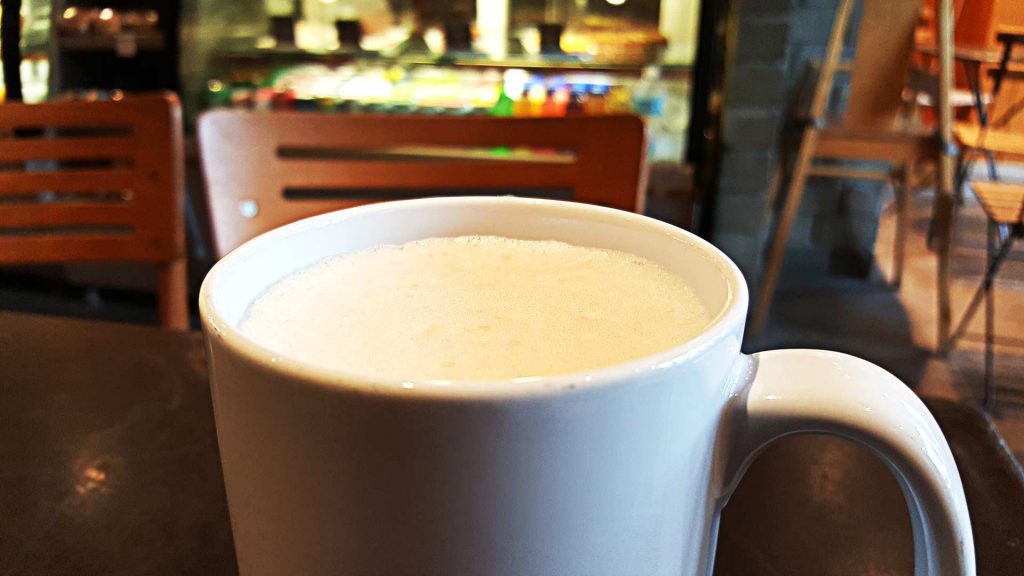 Easily the best thing about Mix’s chai tea latte is its frothiness. The froth in my mug was creamy and light. And though it took up some space, it by no means overpowered the drink itself. When I finished, I scooped up the remaining froth with my tongue – an act witnessed by one prudish patron. (If you’re that prudish patron, I offer you no apologies.) 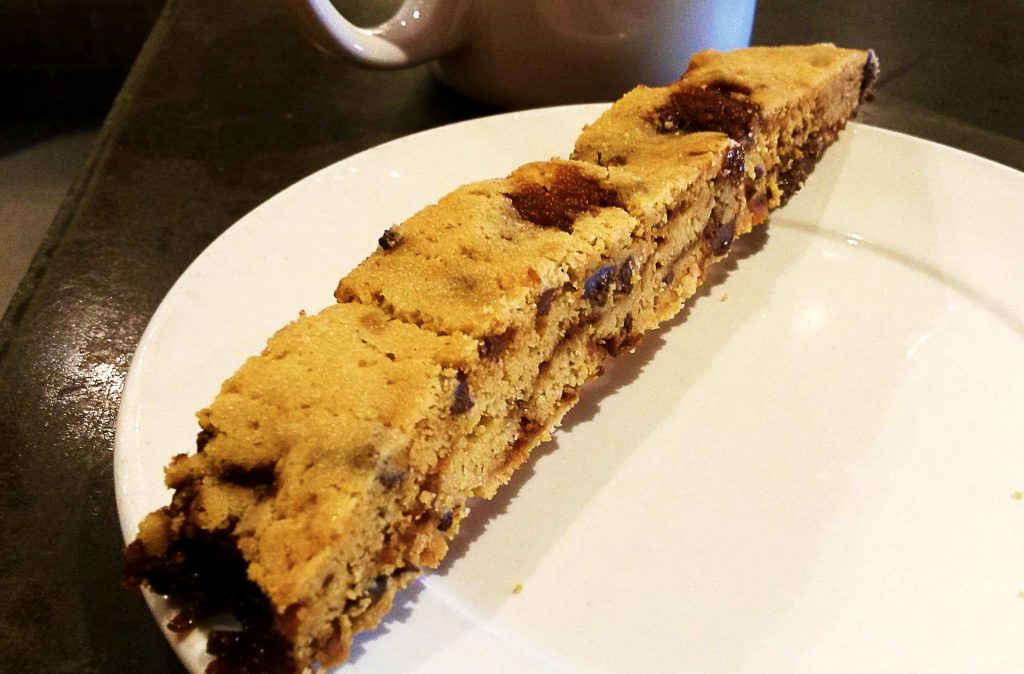 As for the biscotti (a classic partner to any coffee or tea), it was served like everything else – extraordinarily fresh. It was a buttery blast of chocolate and toffee for a mere $1.20. Like any good biscotti, the exterior was teeth-breaking, allowing for that oh-so-rewarding crunch! But once I broke through, the interior was soft and practically disintegrated in my mouth. The baker did a killer job of delineating the chocolate and the toffee, so both got their moment in every single bite. It was so good, it felt like my grandmother made it. 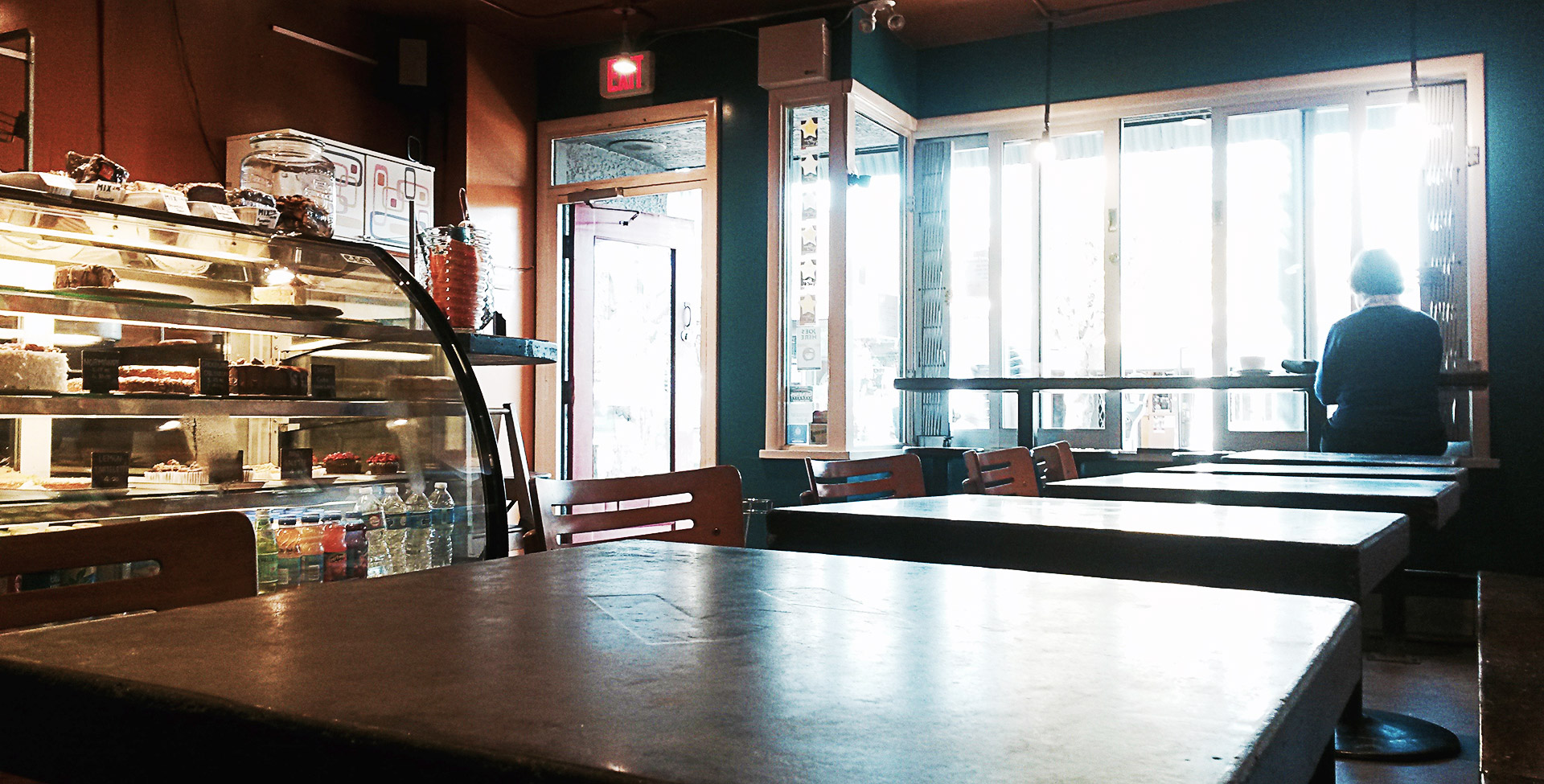 Unlike the sterile smells of a coffee chain, or the overpowering whiff of caffeine of a small café, Mix had the sweet aroma of freshly baked bread. It was welcoming and paired nicely with the taste of my chai tea latte. Additionally, the staff were exceptionally friendly and accommodating to my questions as if they were being interviewed on The Howard Stern Show. 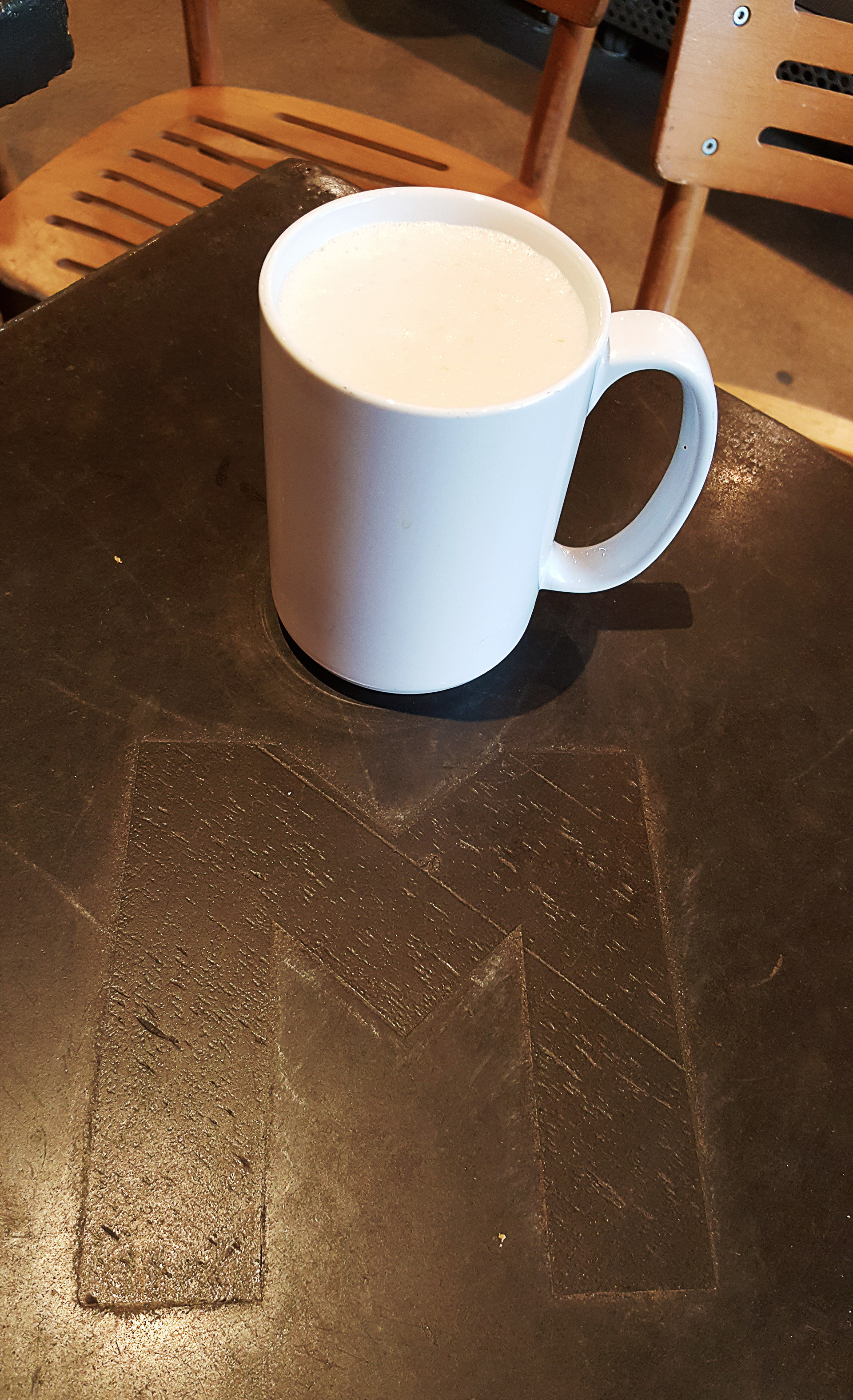 As for the décor, I found the space itself underwhelming. The tables were nice, each containing the café’s “M” logo embedded in stone, but the place was in need of a redecoration. The café’s exterior, however, jumped out at me with its impressive sign.

What’s most interesting about the tiny café is that it’s a front for a massive baking operation. It seems like at least 75% of the property is allocated to the ovens and preparation areas, where they bake all-natural, handcrafted bread. MIX the Bakery was even featured in Vancouver Magazine’s, “101 Things to Taste before You Die.” Aside from their tasty contributions to the world, they support some pretty rad charities, including The Ronald McDonald House, The Rainier Hotel for Women, The Dr. Peter Centre, The Kettleman, Out in the Cold, and The Downtown Eastside Women’s Centre.

Though their list of coffee drinks is pretty uninspired, Mix knows how to serve the authentic classics, like chai, fresh and free of gimmicks. So, if you’re seeking a moment of caffeinated bliss, then I suggest heading over to Mix for their chai tea latte.